The first prayer my Grandmother taught me

O divine Master, grant that I may not so much seek
to be consoled, as to console
to be understood, as to understand
to be loved, as to love
For it is in giving that we receive
It is in pardoning that we are pardoned
and it is in dying that we are born to eternal life

Buddha was asked, ‘What have you gained from meditation?’ He replied, ‘Nothing!’ However the Buddha said, let me tell you what I lost: Anger, Anxiety, Depression, Insecurity, Fear of Death

Immerse yourself in gracious silence.
Taste the waters of tender mercy.
Feel the gentle breeze of adoration.
Launch your vessel
beyond the habitation of disorder.
The present moment stills turbulent waters.
Let the seagulls navigate you,
beyond translucent wonder.
Watch the sun illuminate the cosmos.
Feel the coolness of a placid lagoon.
Listen to the movement of gentle waves
against the silence.
Look up at the covering of the iridescent azure.
The quagmire of agony will disappear beyond your vision
as you journey
to tranquility’s shore.

“Before I knew you, I thought brave was not being afraid. You’ve taught me that bravery is being terrified and doing it anyway.”
― Laurell K. Hamilton, Blood Noir

To the brave,
the ones who never give up, in spite of fear.
Your bravery has been noted,
it is contagious.
You spur us on to overcome our own cowardice!

To those who believe in their own truth.
Those who have stood beside the wounded on the battlefield.
This cohesion energizes
the downcast.

Alone we are timid,
faint of heart,
boats without rudders,
adrift on a sea of uncertainty!
Fear contaminates us,
it speaks untruth,
belittles and undermines us!

They say that courage is not the absence of fear
but the triumph over it!

Sometimes courage is found in unlikely places.
It is found in group fellowship,
where hopelessness finds recovery.
Deep and dark shame is shared,
never walking alone.

Courage confronts bullies.
Valor sends rescuers out to risk their own lives.
Fearlessness saves victims from rising waters.
Courage speaks up for those who have no voice.

Why is courage lacking in a world of hurt
and misery?
Maybe we are mesmerized into silence
when we see wrong doing!
Numbness overcomes us in the face of cruelty
and chaos!

Many among us,
stand up,
having faced their own demons.
Their vulnerability shows up where adversity lives.
Reputations get thrown away,
as they expose themselves to peril.
They have not lost faith
when a windstorm of mayhem
swirls around them.

My cowardice is visible
I long to throw it into obscurity.
I wish to imbibe courage
and let it reign over me!
Too long have I feared what people think.
Timidity has darkened my door,
it has stunted my growth.
Am I afraid to hurt feelings,
while I put aside my own hurt?
I must admit that I’m petrified to stand up for what I believe.
I fear the backlash.

But who am I without courage?
I’m just a ship in safe harbor,
a with-holder of my own personal truth.
Maybe even a denier of the divine within me!
I wonder?
On whose side do I stand
when I’m afraid to fight against injustice?

If you stand by me
I can be braver
I will be stronger.
Together fear will be overcome!

So when you feel like hope is gone, look inside you and be strong. And you’ll finally see the truth… that a hero lies in you.
-Mariah Carey, Hero

The night
he crossed the border,
he left his heart behind.
He tried to hold back the tears,
as he thought of his sad departure
and his heartbroken family.

The truck that brought him there
had traveled for many days.
He was tired and hungry
and missing home.
The journey was hard to bear,
but he knew
he had to keep going.
He had to find a way
to put food on his family’s table.
Many had made the journey
before him.

His wife and children wept
when they saw him go,
but somehow
they understood the necessity.
The cupboards were empty
and their threadbare clothes
reminded them
why he had to go.

He knew he was the one
who could make the long journey.
He was strong enough,
fearless enough to make a home
in a foreign land.
He longed to hold them in his arms
to hush their frightened tears.

He didn’t see them for years
he sent his wages home.
He slept at night alone,
praying in the darkness,
not knowing when he would return.

He tended gardens lovingly,
and he sang to make  time go by.
He dreamed of starting a business
in the small village
where he lived.
But he knew resources where scarce
in his country of birth.

A heroic man,
far from his home.
He left the warm heart of Africa,
an asylum seeker,
to make a better life for his family.
He has bravely borne illness and hardship,
never complaining.
He is bright and cheerful
and thankful for the little he has.
He is an example to many
a bright and shining star!

Could it be I’m chasing rainbows?
I’m captivated by birds at play.
Chanting songs of liberation,
hoping for that better day?

Dancing in defining movements,
no matter if I’m out of tune.
Melodies within a heart song,
holding out for joy’s monsoon!

Sometimes waking is fretful.
Wondering what life’s about?
Challenging any sense of purpose
holding back my inner drought!

Some dreams they have to perish,
New life from mournful embers.
Abundant mercies caress sorrow,
mystic visions a soul remembers.

I’m putting away all toxic ambition
as I’m freed from it’s tyrannical hold
Living in harmonious adjustment,
courage and truth, my pot of gold.

The birthing of divine acceptance,
occupying a sacred space.
Sometimes joy and sometimes sorrow
forgiveness is my soul’s embrace!

Music frolicking in my spirit
embracing a melody of its own.
A requiem to my ambition,
I’m hoping that I’ve finally grown!

Pity me not, in this moment,
I’m freer that I’ve ever been!
I’m casting my bread upon the waters
and dining on miraculous cuisine.

“In your light I learn how to love. In your beauty, how to make poems. You dance inside my chest where no-one sees you, but sometimes I do, and that sight becomes this art.”
― Jalaluddin Rumi 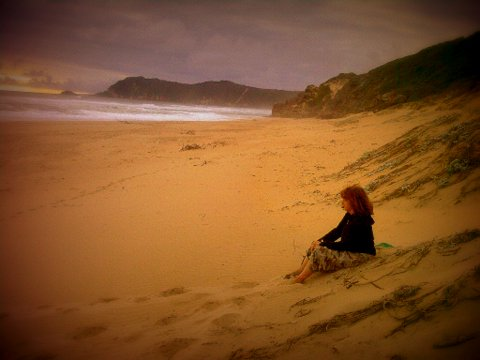 They never said she was ugly,
they didn’t use that word.
But why didn’t she ever feel beautiful?
Perhaps she just conceived it in her own mind,
the mind of her vivid imagination!

Surely though, thoughts have roots
and memories live inside.
Those words said carelessly,
the critical glances that destroyed her confidence.

Perhaps she read their facial expressions
or took their teasing jokes too seriously.
She really never felt beautiful,
the kind of beautiful
that transforms the stillness of a room.
She only needed one person to say
how attractive she was.

Perhaps it’s all just vanity anyway,
she thought!
She couldn’t see beyond the abundant freckles
splattered all over her face!

And life can be so cruel, you know,
when wolves set out to prey
on young girls who don’t feel beautiful.

It’s like a hunger for attention,
a hunger for love,
a distain of self!
And when she heard that word
just once,
she lost all sense of perspicacity.
He ravished her
with a single bite!

So don’t forget to tell her,
tell her
that she’s beautiful.
From the moment of beholding,
the moment you see her face.
Tell her she outshines the stars
and her aspect is graceful and pleasing
to you.

Make her feel beloved,
say that her presence has decorated your  life,
because you know all girls are beautiful,
exquisitely fashioned.
With softness and gentle devotion
you may just save her from
an awful demise! 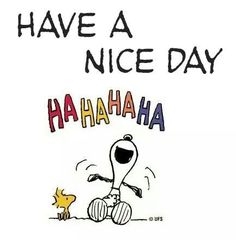 The media is in quite a frenzy.
Their panties are all in a bunch.
Trying to see who’s the worst dressed,
and what they had for lunch.

They must have camped out for hours
waiting for gossipy news.
Personages gyrating awkwardly,
while the big wigs are having a schmooze.

A blue dress from Harry Potter’s wardrobe
are they just looking for a laugh?
Body language and people’s expressions
being analyzed in the aftermath!

Twitter is abuzz with opinions
and investigators trying to find truth.
Have we lost all sense of decorum
the age of the Nouveau uncouth?

Perhaps it’s all just a huge joke
and the clowns will soon go out.
Those prickly, pity parties
and the polls that make them all pout!

I’m suspended beyond rationale,
I’m gasping.
There is no reasoning
with the unimaginable,
It’s beyond assimilation!
A manic fringe on the skyline
of thinking.
A tumultuous, timeless, evolution
of division.

I’m knocking at the door of understanding
but it will not open
it’s jammed shut
I can’t go in!

Perhaps there is a cave of solitude,
a place I could hide
beyond all memory,
somewhere past substance,
as I wait for the chaos to come to pass
and fade with time!

I could become a hermit
and spend my days watching butterflies
and contemplating galaxies.
Away from the distraction of these times!

But I must be awake and conscious
in this collision of meaning.
The collective of love
will win out in the end;
the forces of nature are resolute
about these things!

Could it be a dazzling time we live in
a deer in the head lights kinda feeling
or a purging?
An emptying of all that is misguided
in Earthlings,
an evacuation of thought.

The Universe has learned the rhythm of the stars
by heart
and constantly keeps
the tides in ebb and flow.
It will not be overcome!

Like a Rocket ship to Mars
I’m hurling out consternation,
this calamity of notions.
Way, way out
beyond the Milky Way
above the known stars.
I’m letting the hollowness
and void of space
entrap the flow of dark matter
as it sucks out the energy
of disunity,
imploding it
and devouring
its destructive nature.

Let time forget its purpose
but only for an instant,
as it floats among the constellations
and returns  purposeful to unified minds
with a fusion of intention.
The harmony of molecules,
above and beyond the miraculous
the Genesis of all good things.

Created in the very beginning
to be good, very good.
A forgetfulness
of depravity
and the instability of design.
Like a turning of the tide,
a force of goodness and love,
perfection granted with just one wave
with one word.

Back to green meadows,
where peace is sublime
and the unknowing becomes evident.
Where jubilation is indestructible,
thinking is mysterious and life is lyrical.

Even the stars will shout out on that day
and the rocks will stand in praise.
Maybe the mountains will relocate
when Heaven within us finds its calling!