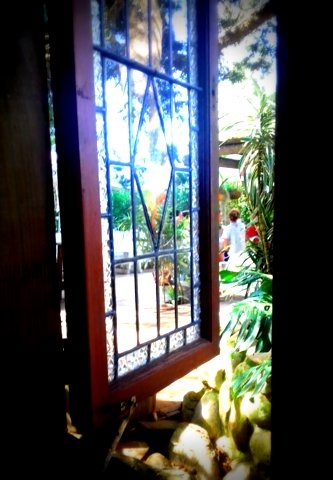 The wet tarmac steamed
as she rode her bike through the rain.
Tears stung her face
when he came to her mind.
He wouldn’t be there to meet her today.

“Why did he declare his love for her?”
she thought.
It made her afraid.
Didn’t he know it would frighten her?

She was sure that her Father was wrong about him,
she knew this boy’s heart was pure.
He seemed as innocent as she was.
She felt vulnerable
alone in her feelings
terrified of where things might lead.
She didn’t give him up easily
but he never knew that!

Her beautiful dreamer was gone,
should she look for him?
Only her imagination
could see his face.
Her daydreams took her to him.

What was he thinking?
She felt so cruel
so unfeeling.
It wasn’t who she was.
She had some misgivings about him
but not enough to take him from her.
Fear had done the damage.
Prejudice had severed their sweet friendship.

She still thinks of him now.

“Your task is not to seek for love, but merely to seek and find all the barriers within yourself that you have built against it.”
― Jalaluddin Rumi 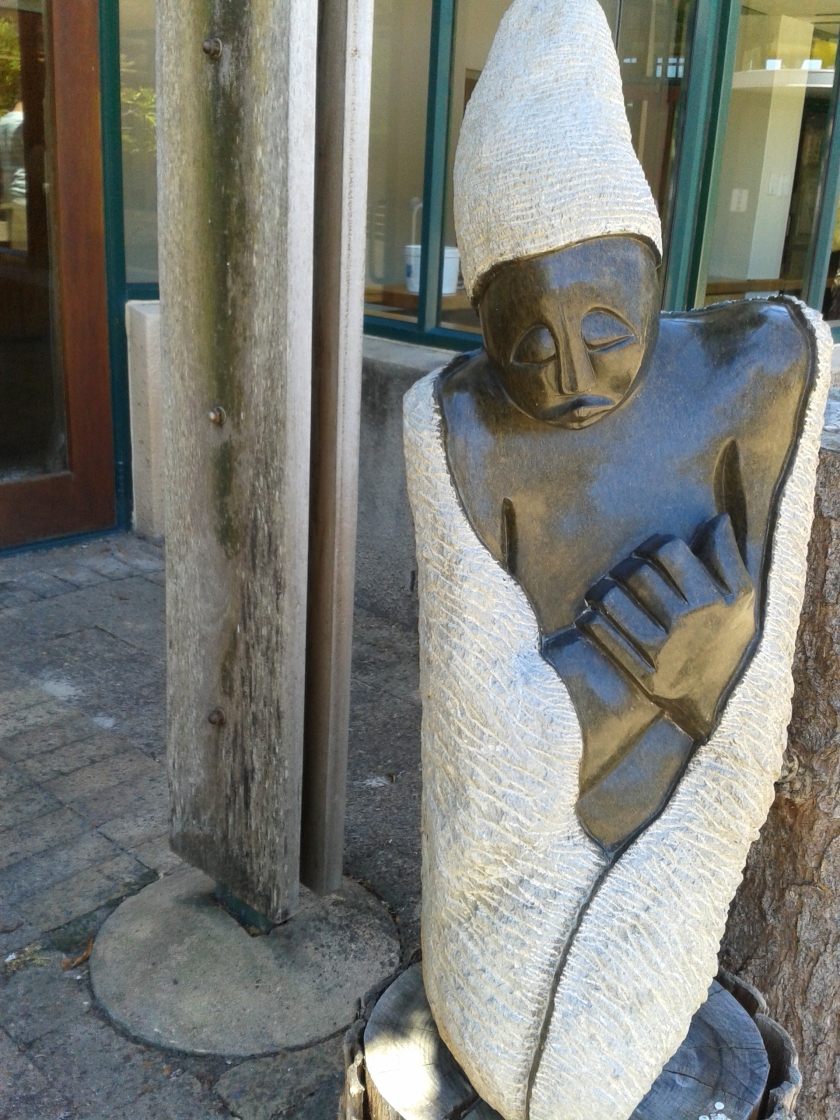 Even when we think nothing has changed
the stars are still in motion
the tides ebb and flow.
The seasons change
and the winds go in other directions.

Yet our inner being ages and grows.
The expansion and marvel of nature
removes the husk
it hurts!

Pain brings forth redemption
and compassion is infused in our soul.

God is ever present at the turning of the tides.
He is holding the particles of dust
and then letting them fall.

He is saturating us with His grace
through His bright shining Son!
He allows us to drink from His cup
and eat at His table,
even during our reign of terror!

He loves us like no other
and in His season
when the winds have calmed
and movement is fluorescent
He wipes away our tears
and heals our shattered souls!

He brings us love at the exact right time
and His miraculous abundance flows through us.

“The reason self-love is so important is because until you can accept and recognize the Divine that is within you, your journey is limited.” Jill Renee Feeler

I had a dream
that stole away my vision
and for a time
I sank beneath
my understanding.

The creatures of the deep
captivated me.
Their prison of asphyxiation
was my abode
as I gasped for breath.

I was mesmerized by
these monsters of duplicity.
They made me believe
that I was shameful,
even grotesque.

In a magical and sublime moment
I found myself standing
on an embankment of awareness
in the veracious light
of my own radiance.

I felt a deep affection
grow within me
as the brightness
of the son
burnt away self-loathing
banishing the travesty!

I felt no pain in that instant
just a rush of solace.
My vision returned
and I observed my own reflection
in the crystal waters.

It took my breath away
I was lovely
beyond imagination.

Back when I was a child
I believed that God was love.
It resonated and vibrated
in one so small.

I felt love all around me.
The trees would whisper tenderly
as their leaves fell softly on me.
I collected and treasured their love letters.
The birds sang melodic love songs at dawn, to wake me.
The sunlight danced affectionately
in my presence

I could feel the stars come out
and shimmer just for me.
Each time I saw a shooting star
it was another message of infinite love.
The warm earth fondly kissed my feet.
The soft rain tenderly touched
my inner sanctuary.

My dog, a constant companion
showered me with affection.
He would moisten my face with adoration,
delighting to lick away my tears.

At times
I wondered
when I was still small
why some Earthlings didn’t get it.
Why they didn’t feel the exquisiteness of love,
and embrace its magical feeling.
That universal love that is all around us,
a divine embrace
that reaches up to the heavens
and dives into the depths.

Some tried to take that belief away from me,
to snatch it from my grasp.
But it is so embedded in me
and entwined around my heart.
It will never be extinguished
because God placed it there!

We are made from love
by the Master
made in the image of the divine.
Perfectly formed snowflakes get it,
green grass sparkles with love
morning mist sprinkles devotion.
The oceans caress our form.
Flowers passionately decant their fragrance.
Mystics meditate on loves intimacy,
bees taste its bounty.
Love is the sustenance of the Angels

If you begin to see love in everything.
How it shapes the universe
you will be astonished
surprised
even transformed.
But never forget
to love yourself
to look in the mirror
and see the image of God
to sing hallelujah because of abundant mercy.

“We are at our most powerful the moment we no longer need to be powerful.”
― Eric Micha’el Leventhal 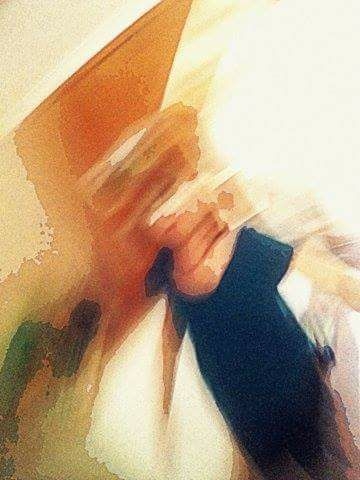 When first I came to life
the transfiguration was not apparent.
I was dizzy with preoccupation
defeated by heartache.
An intensity of light lay within me
waiting silently.
At first the awakening
appeared as a twinkling star
orbiting in the far off distance
beyond the galaxies.
A luminous globe born in a nebula,
way out among the constellations.
The flash that blazed through my nightmare
illuminated the darkness.
Flooded my consciousness
like a supernova.
You shone Your radiance
into the soundless void.
I was perishing when Your adoration touched me
stricken with doubt,
discouraged by what I hoped my life would be.
Infinite grace covered me
brought me back to life.
I came to believe that I was powerlessness
when I was at the end of myself
and hope had almost burnt out.
Only You could restore my sanity.
I surrendered!

Like Loading...
“Walk as if you are kissing the Earth with your feet.”
― Thich Nhat Hanh, Peace Is Every Step: The Path of Mindfulness in Everyday Life 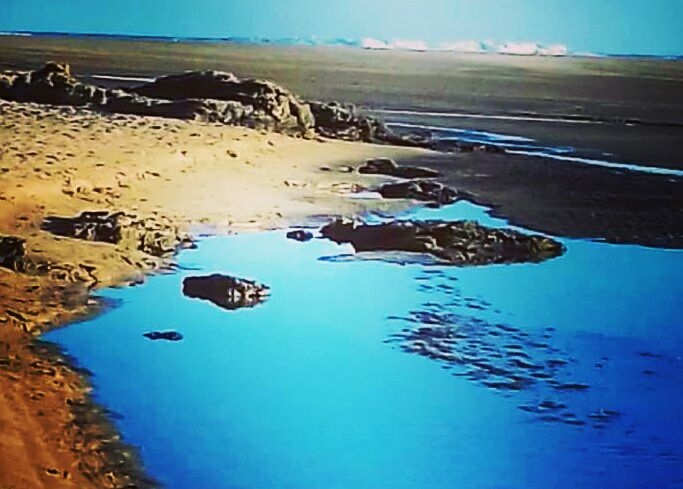 I feel the soft rain
of gratitude
reviving a desolate wilderness,
infusing life into scattered hope.

Too long have I sojourned
on a parched wasteland,
inhabiting discontent.
A sink hole of unconsciousness.
Bitterness spreading across the barrenness.

I’m gulping down living waters
of thankfulness.
Saturating my shriveled
awareness with compassion.
Counting my many blessings.
Drenching myself in praise!

A miraculous flow of appreciation floods
into the reservoir of longing.
Hope springs to life
breaking forth into tributaries,
surging over dry land,
awakening wonderment,
washing away gloom
becoming a torrent
till it finds a massive ocean
of contentment!

Buddha was asked, ‘What have you gained from meditation?’ He replied, ‘Nothing!’ However the Buddha said, let me tell you what I lost: Anger, Anxiety, Depression, Insecurity, Fear of Death

Immerse yourself in gracious silence.
Taste the waters of tender mercy.
Feel the gentle breeze of adoration.
Launch your vessel
beyond the habitation of disorder.
The present moment stills turbulent waters.
Let the seagulls navigate you,
beyond translucent wonder.
Watch the sun illuminate the cosmos.
Feel the coolness of a placid lagoon.
Listen to the movement of gentle waves
against the silence.
Look up at the covering of the iridescent azure.
The quagmire of agony will disappear beyond your vision
as you journey
to tranquility’s shore.

“Before I knew you, I thought brave was not being afraid. You’ve taught me that bravery is being terrified and doing it anyway.”
― Laurell K. Hamilton, Blood Noir

To the brave,
the ones who never give up, in spite of fear.
Your bravery has been noted,
it is contagious.
You spur us on to overcome our own cowardice!

To those who believe in their own truth.
Those who have stood beside the wounded on the battlefield.
This cohesion energizes
the downcast.

Alone we are timid,
faint of heart,
boats without rudders,
adrift on a sea of uncertainty!
Fear contaminates us,
it speaks untruth,
belittles and undermines us!

They say that courage is not the absence of fear
but the triumph over it!

Sometimes courage is found in unlikely places.
It is found in group fellowship,
where hopelessness finds recovery.
Deep and dark shame is shared,
never walking alone.

Courage confronts bullies.
Valor sends rescuers out to risk their own lives.
Fearlessness saves victims from rising waters.
Courage speaks up for those who have no voice.

Why is courage lacking in a world of hurt
and misery?
Maybe we are mesmerized into silence
when we see wrong doing!
Numbness overcomes us in the face of cruelty
and chaos!

Many among us,
stand up,
having faced their own demons.
Their vulnerability shows up where adversity lives.
Reputations get thrown away,
as they expose themselves to peril.
They have not lost faith
when a windstorm of mayhem
swirls around them.

My cowardice is visible
I long to throw it into obscurity.
I wish to imbibe courage
and let it reign over me!
Too long have I feared what people think.
Timidity has darkened my door,
it has stunted my growth.
Am I afraid to hurt feelings,
while I put aside my own hurt?
I must admit that I’m petrified to stand up for what I believe.
I fear the backlash.

But who am I without courage?
I’m just a ship in safe harbor,
a with-holder of my own personal truth.
Maybe even a denier of the divine within me!
I wonder?
On whose side do I stand
when I’m afraid to fight against injustice?

If you stand by me
I can be braver
I will be stronger.
Together fear will be overcome!

Could it be I’m chasing rainbows?
I’m captivated by birds at play.
Chanting songs of liberation,
hoping for that better day?

Dancing in defining movements,
no matter if I’m out of tune.
Melodies within a heart song,
holding out for joy’s monsoon!

Sometimes waking is fretful.
Wondering what life’s about?
Challenging any sense of purpose
holding back my inner drought!

Some dreams they have to perish,
New life from mournful embers.
Abundant mercies caress sorrow,
mystic visions a soul remembers.

I’m putting away all toxic ambition
as I’m freed from it’s tyrannical hold
Living in harmonious adjustment,
courage and truth, my pot of gold.

The birthing of divine acceptance,
occupying a sacred space.
Sometimes joy and sometimes sorrow
forgiveness is my soul’s embrace!

Music frolicking in my spirit
embracing a melody of its own.
A requiem to my ambition,
I’m hoping that I’ve finally grown!

Pity me not, in this moment,
I’m freer that I’ve ever been!
I’m casting my bread upon the waters
and dining on miraculous cuisine.