I was deeply mired in a fundamentalist church when my beautiful son told me that he was gay at the tender age of 17. It was a shock to our family to say the least. He had been to church with us many times and even became a Sunday school teacher. His struggles were hidden behind his belief that God doesn’t like gay people. He told me that he prayed many times back then, that God would take his homosexual feelings away. He even dated a girl for a while to try and prove he wasn’t gay.

How utterly sad that he didn’t have the support of his own family or church family. Rejection came easy with the backing of the scriptures.

It was a horrific time for him and I crumbled under the weight of my own belief. When I should have lovingly embraced him and helped him to find the peace he so deserved, I was looking behind me at those who’s judgment coloured my thinking. I also spent a lot of time trying to fix him, and my acceptance was only at the hand of a loving God.

I remember clearly approaching several pastors on this issue, only to be told that it was either a thing of evil or that all I needed to do was pray more. Nearly 20 years later my son is still gay and I have spent most of those years hiding in the shadows, not wanting anyone to know because sadly I’ve seen how gay people are treated.

I’m forever grateful  for a handful of heroic men who taught me how to love my beautiful gay son no matter what, and to find acceptance. On my journey I learned that it’s God’s loving Kindness that leads us to repentance, never His rejection or wrath!

Lately I have wondered if I’m protecting him or myself from this shame that I carry. I am in no ways ashamed of him, it’s my own paranoia over what others think. Sadly he has been rejected by those who profess to know Jesus Christ and treated as a pariah by many. They would not for a minute allow him entrance into their holy sanctuaries, to them homosexuality is an abomination.

I feel huge regret that I was not more sympathetic with him at the time. Since then I have spent many hours filling myself with knowledge about homosexuality and praying for acceptance and forgiveness from my son.

My son is a spectacular human being, loving, forgiving, caring, kind and generous.  He’s a  lover of nature and people. He is everything I ever  hoped he would be and more. I love spending time with him and he never forgets any special occasions. He works in a restaurant and is loved not only by those he serves but by the kitchen staff as well.

He turns 36 this year and of course I am bombarded with questions about his marital status, this sometimes causes me to find my own closet a safer place to go, so I withhold the truth. When I do have the courage to tell someone I carefully scan their face and their body language for a reaction. There are some I have told that the instant the words come out, I deeply regret having told them. They are mostly bible believing Christians who I have attended home groups or bible studies with.

In recent years I have found myself steering clear of such occasions, and it’s mostly because there is a lack of grace or authenticity in such meetings. Sin is defined in strict terms by fundamentalist Christians and it seems that never for a minute do they see their own pride, greed or resentment as a sin. I can honestly say that I have very seldom found warmth and understanding from so called Jesus followers with regards to people who are gay. I do not believe that Jesus would support such blatant unloving behavior.

The shame overcomes me at times, not because of my son, but because I am acquainted with shame. My parenthood comes into question and the fact that I couldn’t hold a marriage together, thereby affecting my beloved children.

A very wise man once said “people don’t ever admit they are heterosexual, it’s just assumed”. My son’s identity is not that he is gay, it’s who he has become because of his struggles. He understands rejection and stands up for the weak and oppressed.

I am so proud of the man he is today, he is my pride and joy! I wouldn’t change him for anything. 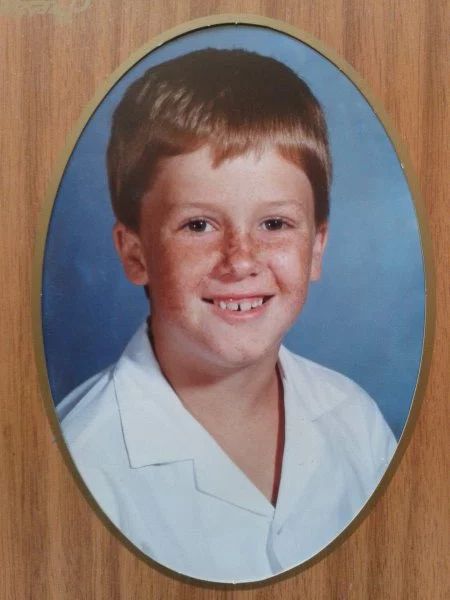 I am an unknown introvert who desires to touch the world with a little bit of magic... View All Posts